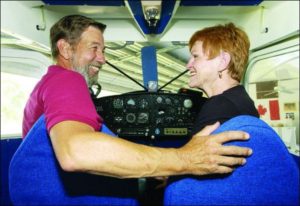 A memorial service for Dr. and Mrs. Beechel will be at their home, 426 Valley Airport Drive, Cotter, Arkansas, at 2:00 P.M. Saturday, April 28, 2007, with Pastor David Mattson and Bishop Ray Postelwait officiating. A celebration of Dr. and Mrs. Beechel’s lives will follow. Interment will be private. Memorials may be made to Christ by the Lake Lutheran Church. Arrangements are by Roller Funeral Home.